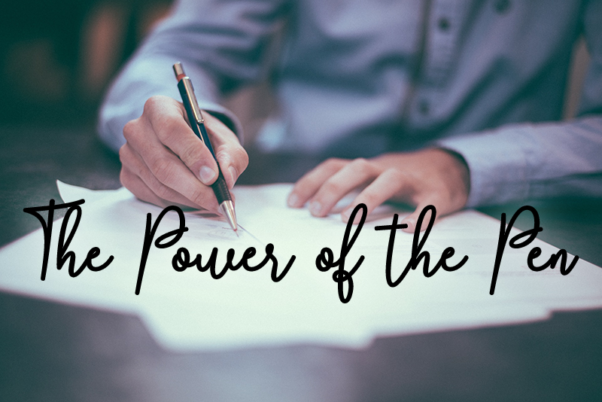 A simple signature can mean so much. Maybe you’re signing a dinner receipt at the end of a first date with the person who will be your lifelong partner or maybe your signature is one that will help drive the course of history. Either way, it’s amazing to see what power a pen can deliver. See what just three signatures have accomplished throughout history:

Most everyone is familiar with John Hancock, thanks to his prominent and ornate signature on the Declaration of Independence, but fewer people are familiar with Thomas McKean. McKean was the final Continental Congress delegate to sign the Declaration of Independence and the foremost advocate for American independence in Delaware. Were it not for him and his urging to Caesar Rodney, another Delaware delegate, Delaware would have voted against independence from Britain.

The Emancipation Proclamation, next to the Declaration of Independence, is the most important document in American history. President Lincoln’s signature on this document marked the beginning of the end of slavery throughout all of the United States, changing the federal legal status of 3.5 million enslaved African Americans. It also shifted the North’s goals for the Civil War; unification was just one priority, and the end of slavery was now the second. This signature is so important that today just one of the 48 authentic, signed Proclamations has sold for an astonishing $3.7 million!

On December 1, 1955, Rosa Parks signed “Rosa L. Parks” on the police report that documented her arrest after she refused to give up her seat on a city bus to a white passenger. Although she wouldn’t know it as she signed, her act of defiance and subsequent arrest would be the impetus for the Montgomery Bus Boycott, through which Martin Luther King Jr. emerged as one of history’s most prominent civil rights advocate. The Civil Rights movement owes much to Rosa Parks, and the original police report that has her signature is now held at the National Archives at Atlanta in Morrow, Georgia.
The next time you purchase promotional pens, make sure you’re buying the right ones; you never know how a single pen signature can change history. Visit our pen buying guide to learn which pen is right for your needs.

5 Promotional Products for Workplace Wellness
Color Psychology in Promotional Marketing: What Colors Mean to Your Leads