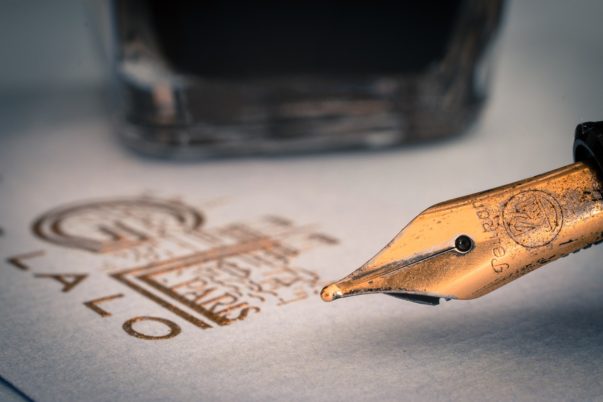 You probably use them everyday, but have you ever wondered how pens came to be? The first recording of a pen was sometime around 3000 B.C. It was cut from bamboo, with a small slit in the narrow tip. From the reed pens of the Egyptians to the quill version you see in old movies to the steel pens invented back in the 1800’s, writing instruments have evolved tremendously over time.

The legend goes the L.E. Waterman was an insurance salesman whose faulty pen leaked and cost him a sale. He developed a new style of fountain pen that would become the famous Waterman. The first ballpoint pen came about when a leather tanner, John Loud, wanted something to write on leather goods and found the pens of his day wouldn’t work.

It wasn’t until the 1940’s when the shift from fountain pens to ballpoints became mainstream. The military needed inexpensive pens that could be used while on the battlefield. The first Bic pen sold for just nineteen cents when it first entered the U.S. market in the late 1950’s. The felt-tipped pen was launched by a Japanese inventor and the rollerball was introduced in 1963.

The most expensive pen ever sold, Fulgor Nocturnus, was encrusted with 945 black diamonds and 123 rubies. It sold at auction for $9 million dollars.

If you’re looking for a custom pen as a gift or promotional item, you don’t have to spend $9 million to get quality.   A favorite of ours is the Monza Executive Pen Gift Set – an elegantly crafted rollerball pen made from solid brass and carbon fiber that makes for a great gift set. An inexpensive everyday pen is the Impact Stylus Tip. It combines an aluminum barrel, rubberized grip, and a retractable ballpoint with a touch screen stylus. Both can be laser engraved with your custom message.

You can find more pens and other promotional products at Myron.com.

Are You Making These Four Marketing Mistakes?
The Bujo Journaling Craze