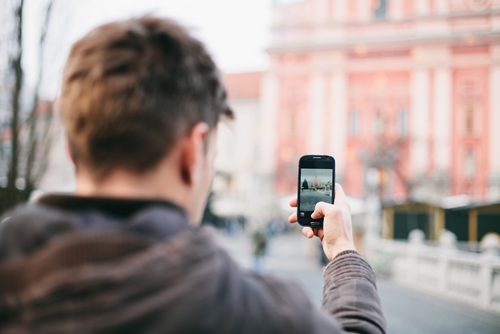 Although it only launched a little over a year ago, the social network Vine has seen a great amount of success among consumers and companies alike. The mobile app started as a simple way for users to share 6-second videos with their friends, but it quickly exploded into one of the most popular applications for marketers to reach potential buyers.

While the site does not reach nearly as many users as its parent network, Twitter, it has significantly gained in popularity. In just eight months, the site boasted 40 million users. Additionally, the short clips made on the app can be easily shared across a number of other platforms. Since the videos can be posted on Twitter with just the click of one button, they have a chance to be seen by the site’s more than 240 million users.

Vine offers managers opportunities that other sites do not afford. Using this app to promote a company could reap a number of rewards for businesses, such as spreading brand awareness, promoting creativity and giving consumers a greater look into company operations.

Show your product in real time
One of the best things about Vine is that it allows managers to show consumers how their product works. Whether they’re promoting a clothing brand or trying to illustrate an engaging office environment, this app is the best way to quickly capture that sentiment. While video sharing websites, like YouTube and Vevo, are great for longer demonstrations or more extensive segments, Vine is a great way to quickly show how a product works and why a consumer should buy it. Business 2 Community reported that actively showing a consumer using the product in a Vine would be a great first-person demonstration that could potentially influence the buying habits of viewers.

Gain an impressive following with creativity
Several companies have already explored how Vine can be best used to reach a wider audience. Since the videos can only be 6 seconds long, companies must make their time count by creating the most creative, original content possible. For example, Inc. Magazine reported on one Vine created by Taco Bell. In the segment, the viewer is first greeted with a shot of a Cool Ranch Doritos bag, then taken through a stop-motion animation sequence that shows the chips slowly forming a taco shell. Instead of announcing the company’s product through more conventional means, Taco Bell sought to use a simple Vine to reach consumers. Businesses can follow in this brand’s footsteps and make innovative shorts to share with their followers.

Use the app’s features to your advantage
Similar to Twitter, Vine allows users to classify their works with hashtags. Marketers have the potential to take advantage of trending topics on this site by labeling their videos with the appropriate classification. For example, Ellen DeGeneres released a Vine challenge around the time of the Oscars, asking users to recreate an Academy Award-nominated movie in just 6 seconds. Using the hashtag “#Oscars4Ellen,” people could easily sift through the entries and view popular submissions. Companies that choose to participate in popular hashtag events have the potential to not only reach the Vine user base, but Internet users from across the world, as well.

Promoting contests on the site
Vine offers a simple platform on which companies can promote contests or announce promotional giveaways. Contests, similar to the one promoted by DeGeneres, can help spread a brand name by inspiring people to interact with the business. Companies can offer prizes to winners of the contests, including those that pertain to either the brand’s product or video creation. For example, businesses could give promotional tech products as prizes for users.