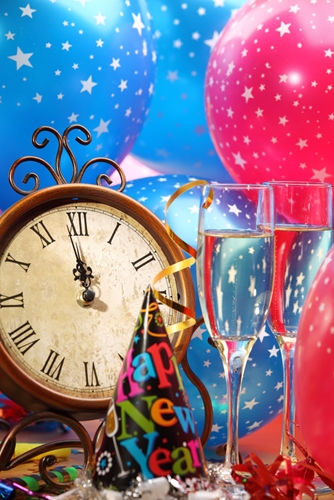 December is chock full of days that would be perfect for promotional giveaways. Small businesses can tie their marketing events to major holidays to ensure that customers will attend and develop brand recognition.

Additionally, companies shouldn’t ignore the other great days that could be used for advertising purposes. With November rapidly heading toward its conclusion, entrepreneurs should start planning giveaways for the following days in December.

The day that revolutionized golf
It may seem odd to celebrate golf in December, but one of the sport’s most important anniversary’s occurs in this month. According to Black History Now, George Grant filed a patent for a version of the golf tee in December 1899. Grant’s model closely resembled modern iterations in that it included a small spike and top to hold the ball. Grant chose not to monetize his invention, instead preferring to give tees to his friends and colleagues over selling them.

Scottish Golf History reports that December 12 is the anniversary of the day Grant received his patent. On this day, small business owners should celebrate by distributing golf tees as promotional items to all of their customers. Many consumers might not know the history of the invention, so the advertisements would be educational as well as unique.

Additionally, this could be a great opportunity to enhance brand recognition. Recipients who don’t golf might regift the promotional products to their friends or family members who love playing a couple rounds. This ensures that a company can reach a new audience during the holiday season.

Staying warm
The first day of winter is in December, which means that cold weather is approaching. Many people search for ways to keep warm and prevent Jack Frost from nipping at their nose. Hot chocolate is popular in this regard as it allows consumers to avoid the chills while enjoying a nice treat.

Custom coffee mugs are likely the best promotional productions to distribute on National Cocoa Day. These items ensure that customers can easily make their own hot chocolate and enjoy it all winter long. Each time clients have the beverage, they’ll see a small business’ logo.

For the rest of us
Finally, there’s a joke holiday in December that seems to never go out of style. Apples 4 the Teacher points out that December 23 is Festivus, a celebration that was made popular by “Seinfeld” in the late 1990s.

The holiday’s popularity has been somewhat bewildering to the cast and crew behind the hit sitcom. The Los Angeles Times reports that Jason Alexander, who played George on the show, wrote about his astonishment in the introduction to “The Real Festivus” by Daniel O’Keefe.

“For one miserable episode, the Costanza family invited the world to join them for an inane, bizarre anti-holiday called Festivus. It wasn’t a major story point. It wasn’t a recurring story line. It was one lousy episode,” Alexander wrote.

Small business owners should capitalize on Festivus by using it in conjunction with their December marketing campaigns. A simple step like emblazoning “A Festivus for the rest of us,” the mantra from “Seinfeld,” on promotional pens and similar items should be sufficient for tying a company to the holiday.