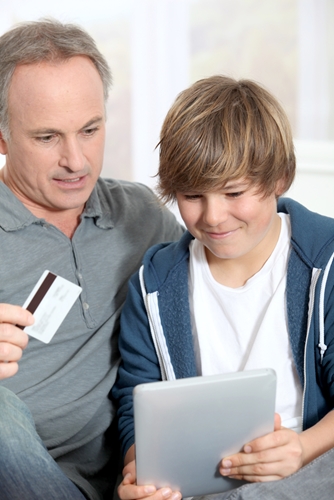 Facebook has established itself as a linchpin in many social media marketing plans. Mark Zuckerberg’s social network has been one of the most effective advertising tools for years as it allowed companies to connect with their loyal customers and potential leads.

However, now it seems like Facebook’s popularity among younger people is diminishing. According to a recent study conducted by Piper Jaffray, only 23 percent of teens consider Facebook as the most important social network, down from 42 percent in a 2012 report.

Furthermore, it seems that young consumers don’t want to interact with branded content on the site either. Entrepreneur magazine reports that Forrester research shows that only 6 percent of 12 to 17-year olds want to connect with a company on Facebook. David Ebersman, the social network’s CFO, covered these struggles in an earnings report.

“Our best analysis on youth engagement in the U.S. reveals that usage of Facebook among US teens overall was stable from Q2 to Q3, but we did see a decrease in daily users, specifically among younger teens,” Ebersman said.

For small businesses, this trend can be somewhat troubling. Establishments that target younger demographics likely rely on Facebook to connect with teens and millennials. If these consumers aren’t on the network or don’t engage with branded content, these companies will struggle to achieve specific objectives.

Fortunately, there’s a wide range of solutions available for independent enterprises. Below are some of the strategies small business owners can use to overcome teens’ growing disenchantment with Facebook.

Explore new territories
Facebook is far from the only social network that companies can use for marketing purposes, and other sites have proven effective for reaching specific groups of consumers. The Piper Jaffray report shows that Twitter is considered more influential among teens and Instagram placed third behind Facebook, making both fertile grounds for advertising.

Expanding onto those social networks can make a world of difference for a business. Instead only targeting the users of one site, the company will be able to communicate with everyone on various channels.

What’s more, trying new networks also allows entrepreneurs to implement new marketing strategies. For instance, Instagram is beneficial when an establish wants to incorporate pictures and videos of disparate elements like promotional items and special celebrations into its advertisements, which isn’t always easy on other platforms.

This approach also enables cross-channel synergy. Branded content can be shared between social networks so a company can increase traffic to its pages.

Start messaging
Messaging apps have been gaining popularity in recent months as people search for ways to connect privately. The International Business Times speculates that this quality makes services like WhatsApp and Snapchat more desirable than Facebook. Both of those services have large followings with the former possessing 350 million users and the latter having 5 million.

These channels can easily be turned into marketing mediums if small business owners are willing to be creative and implement direct advertising strategies. With Snapchat and WhatsApp, the goal isn’t to create content that will generate interest from a wide audience. Instead, the objective is to get individual users to take specific actions as soon as possible.

That’s why all branded messages disseminated through these apps need to include a call to action. Businesses should tell customers exactly what to do upon reading the advertisements and provide incentives for doing so. Coupons and special deals are likely the best options for motivating customers to visit an establishment and make new purchases that they didn’t originally plan.