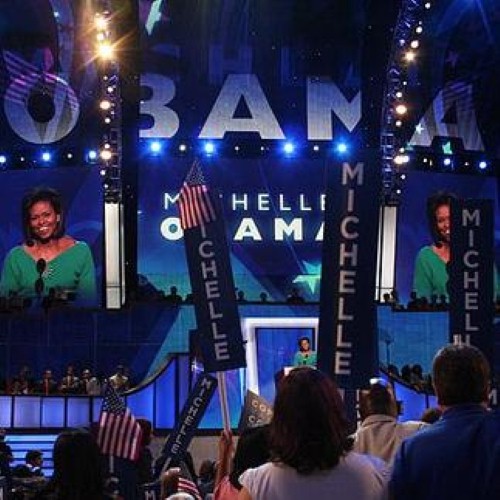 As the election season begins to heat up this summer while potential candidates are eliminated in the race for the Republican ticket, it is time to start thinking about reaching out to the massive voting community in the United States. Just like campaign organizers, small business owners must understand the incredible marketing potential of millions upon millions of voters. While these people will not turn out at the polls until November, they will certainly be following a number of important political events and debates. This summer, the Democratic and Republican national conventions will officially announce a single candidate in the race for the presidency.

In the months leading up to these two conferences, a small business should distribute quality business gifts as part of a promotional advertising campaign to enjoy the maximum return on investment.

The Democratic National Convention will be held in Charotte, North Carolina, during the week of September 3rd. While this is over four months away, the summer is the perfect time to give out promotional products that target this date.

For example, promotional pens given out in the last week of August will not have time to saturate the market. They cannot reach the optimal target audience because they will not be visible for long enough. However, if an office places a bunch of these pens in custom coffee mugs at the beginning of May, the writing instruments will be taken over the course of the summer to jot down notes, mark calendars and schedule meetings. In turn, they may be distributed to family members and friends during this time simply out of convenience – this type of visibility is hard to duplicate with any other marketing strategy.

The same blueprint holds true for the Republican National Convention, which is taking place from August 27th-30th in Tampa, Florida. It looks like Mitt Romney is going to be nominated for the ticket, but one can never be certain of a particular candidate until the convention is completed.

Regardless, just as with the DNC, ensure that promotional products remain appropriate and relevant. Practical gifts like wall calendars will see the most use during the summer months, and therefore will be most successful at projecting a brand image. Remember to evaluate your target audience as well – you would not want to distribute Republican pens in a highly liberal geographic area.