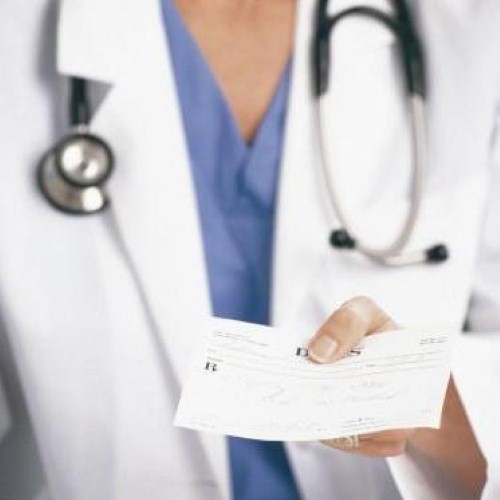 By Myron Promotional Products on March 29, 2012 in Health & Wellness, Healthcare

April is traditionally seen as a month of renewal after the dreary winter season, and the healing properties that come with the arrival of spring are being targeted by official federal themes. The White House, for example, has branded April as National Cancer Control Month, and is planning a number of different event to raise awareness about this deadly disease.

There are a few other designations that bear mention as well. Promotional advertising may take advantage of the Cancer Control theme, but may also target National Sexually Transmitted Disease Education & Awareness and World Health Day. If small business owners wish to achieve the maximum return on investment from promotional products distributed during April, they might consider incorporating some of the following medical themes.

In a statement published on the White House website, President Obama wrote the following:

“We have achieved remarkable progress in the fight against cancer. Miracles in medical research have helped us understand how to prevent, detect, and treat cancer more effectively, and Americans are now more aware of how to protect themselves from this disease. Marking National Cancer Control Month, we recommit to the battle against cancer and emphasize the promise of medical research and the healthy steps Americans can take to protect themselves.”

Any promotional products that target Cancer Control should list different risk factors and preventative measures that can be taken to lower the chance of cancer. For example, custom coffee mugs can be branded with the five leading causes of cancer, including habits like smoking and poor diet. Alternative methods such as top exercise regimens can also be included to help guard against the disease.

This topic is slightly taboo, but sexually transmitted diseases are prevalent around the world and need to be addressed like any other problem. Promotional items like these are best distributed to high-risk demographic like teenagers who often are unaware of the possible consequences of unsafe sex.

Wall calendars, promotional pens, and custom USB keys can include information on birth control, condoms and other items that can help prevent the spread of STDs. The language of such messages should remain as professional as possible to avoid any controversy over slang words and offensive wording.

One of the best themes to target with promotional products is World Health Day. The 2012 edition will take place on April 7th and is designed to mark the anniversary of the World Health Organization (WHO). The international topic of the 2012 event is Ageing and Health – conferences, parades and more will explain how healthy practices can add years to the average person’s life.

Promotional items can suggest a wealth of different habits that should be followed by a healthy person. For instance, business gifts can list the top ten alternatives to fatty ingredients. Examples may be olive oil instead of butter, skim milk instead of cream, and so on and so forth.

Another good idea is organizing a tradeshow giveaway where employees can hand out these promotional products to potential customers. Small businesses might even throw in a cook-off where contestants are challenged to make dishes that contain no trans fat or cholesterol.

Putting it all into perspective

April is one of the most versatile months when it comes to promotional product themes. Besides the month of spring and warmer weather, national health themes offer a chance for small businesses to build an improved reputation and positive corporate image. If these a promotional advertising strategy is properly organized and well-informed, there is no limit to the benefits of this marketing blueprint.