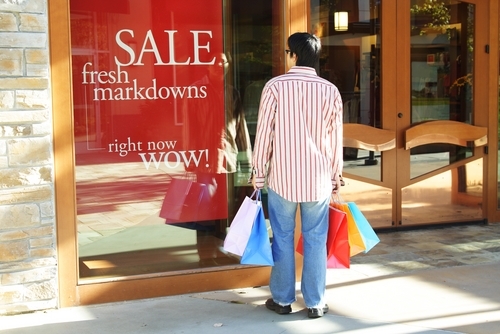 By Myron Promotional Products on November 5, 2014 in Special Events & Celebrations

There are a few things that are basically guaranteed to happen every autumn – the leaves will turn, the temperatures will drop and Christmas advertising will show up on television, radio and beyond. The holiday shopping season is one of the most concentrated profit periods in many businesses fiscal years, which means more and more companies are rolling out sales and promotions far before the first snowflake has fallen.

So what can you do to toe the line between effective Christmas advertising that gets your name out and promotions that annoy customers by leapfrogging other holidays? It might take a mix of humor, timely promotions and in-depth knowledge of your customer base, but any business can start marketing itself for the Christmas shopping season well before consumers turn their calendars to Dec. 1.

Shoppers like to start early
It might seem like Christmas commercials have started earlier and earlier every year, and this phenomenon known as “Christmas creep” poses several problems for businesses with an eye toward marketing themselves effectively. Like any campaign, oversaturating the airwaves can turn consumers against your brand. However, a significant number of shoppers don’t mind early holiday advertising – they even start their shopping well before Black Friday.

According to Google’s 2014 Holiday Shopper Research report, 26 percent of shoppers start purchasing Christmas gifts before Halloween, and more than 50 percent look up trendy items, deals and sales before Thanksgiving. Google also explained that while Black Friday might be an easily observable shopping event, it’s become more of a month-long process that consumers use to educate themselves on how best to spend their hard-earned dollars before ever stepping foot outside their homes.

Humor is key
The fact that one-quarter of the consumer population makes holiday purchases far ahead of the traditional Christmas season should alert businesses to the need to advertise throughout October and November. However, the NYT explained that many organizations are worried about alienating consumers with overzealous advertisements. Instead of stepping back and letting competitors capture market share and customer focus, they’ve been using humor lessen the blow for consumers who may be ambivalent over Christmas creep.

“It’s the craziest time for retail I’ve ever seen, and I’ve been in retail 30-plus years,” Bob Thacker, senior vice president for marketing and advertising at OfficeMax, told the NYT. “If there was ever a need for frivolity, for escape, this is a place to find it.”

OfficeMax has run the popular “Elf Yourself” campaign that overlays customers’ faces onto dancing animations of Christmas elves, but you don’t have to limit yourself to only digital ads to convey humor and lightheartedness during the holiday shopping season. In fact, a more passive approach to Christmas advertising that combines humor and constant brand awareness might help engage the 26 percent of shoppers who start early without alienating those who might be wary. Promotional items likes custom BIC® Sticky Note Pads can be personalized with images and text to create to cheeky or ironic observation on the holiday shopping season – customers who enjoy the season will enjoy these in turn.

Christmas is a time to spend with family and friends, but businesses should focus on promoting themselves in clever and engaging ways the entire time leading up to Dec. 25.