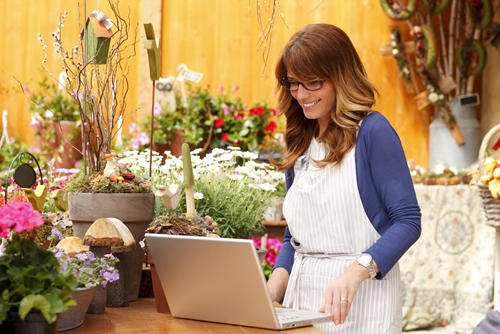 For better or worse, large retailers have traditionally owned the holiday shopping season. With television advertising campaigns and multi-story retail spaces, these conglomerates sometimes offer sales at prices even they have to take immediate losses on. All of these things have conditioned the average consumer to keep coming back to big box retailers, even though it might be in their best interests to look elsewhere.

In fact, Small Business Saturday, the national shopping event the day after Black Friday that encourages consumers to buy exclusively at local stores, might be better for you, your community, and your neighborhood shops. Though multi-national retailers will rule the airwaves this holiday shopping season, take a minute to learn how staying local might be the best thing you do with your spending money this winter.

Spending local keeps money around
You may think that Small Business Saturday is just a feel-good event for people who have a grudge against large retail companies, but according to Forbes magazine, consumers spend upwards of $5.5 billion at neighborhood shops every year. Far from a drop in the bucket, this much money also has real results when it comes to small businesses reinvesting in the community.

When you buy something at a big box retailer, that revenue is split between the company’s operations in dozens of states and possibly even several countries. When you buy from stores in your community, the proprietors live and work where you do, so that’s as far as the money goes. Instead of buying new office space half a world away, a small business might improve its storefront, hire your neighbor as a new employee, or sponsor parks or youth sports teams in the community.

A thriving local economy also means more tax revenue for the town government. The money you spend to purchase local goods then becomes reinvested through taxes into safer roads, cleaner public spaces, and maybe even more policemen and firemen.

Small businesses have big impacts
The phrase “small business” might be a misnomer in and of itself. According to the U.S. Small Business Administration, there are more than 23 million locally-owned shops and services across the country, and these account for 54 percent of all domestic sales. Among commercial space in the U.S., between 30 and 50 percent of it is owned by local business owners and more than half of all jobs are with small businesses. In fact, 66 percent of new employment opportunities since the 1970s are due to neighborhood shops.

The positive nature of small businesses is even more apparent when you realize that, since 1990, large retailers have cut about 4 million workers in the ever-continuing search for bigger profit margins. In the same time span, though, small businesses have added roughly 8 million new jobs to the American workforce.

“I think the important thing is to train people to think ‘small business everyday’ rather than just Small Business Saturday,” Leah Daniels, owner of a gourmet kitchenware shop in Washington D.C., told the Washington Post. “It’s a fun time to put out the balloons and everything, but we are here everyday, and we have to let them know that small businesses like ours have something special to offer.”

As you’re going over your holiday shopping list the night before Black Friday, take the day after Thanksgiving off so you’re rested and ready for the day that really matters – Small Business Saturday.

4 ways small businesses can attract Black Friday crowds
How soon is too soon for Christmas promotions?