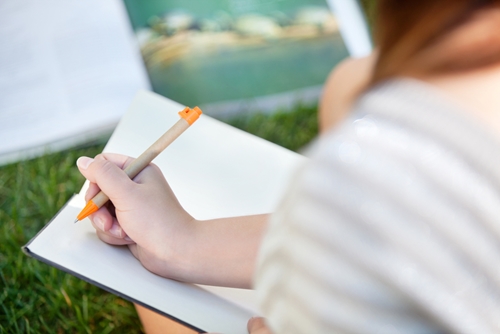 Ernest Hemingway is one of the most prolific authors ever to have lived. The Nobel Prize-winning novelist has penned some of the most influential books of the 20th century, including “The Old Man and the Sea,” “A Farewell to Arms,” and “For Whom the Bell Tolls.” Hemingway’s works are still widely taught to high school and college students alike, as their timeless themes ring true across the decades.

Aspiring writers are among the most avid fans of the author, keeping some of his most famous quotations close to their hearts as they forge their own way through the world. Hemingway has become increasingly popular among the millennial crowd, with many of these 20-somethings discussing his influence and sharing his words on their personal social media profiles.

If you’ve been meaning to market to the millennials, consider adopting a series of Hemingway-themed promotions, which may not only inspire consumers to further interact with your brand, but also allow them to learn more information about one of the most important authors in the history of American literature.

“Wearing down seven number-two pencils is a good day’s work.” – The Paris Review
In 1958, an interview with Hemingway was featured in “The Paris Review.” The author spoke about the act of writing fiction, emphasizing that having the proper materials was essential for creating the highest-quality works possible. During his time, Hemingway relied upon his typewriter when creating his final product, but the writer explained that he always had a stash of pen and paper, as inspiration could hit at any time.

Many writers prefer the feel of pen to paper, as physically writing words may provide them with a deeper sense of ownership over their final product. If your business is targeting this group of consumers, consider creating promotions that distribute writing bundles. Your brand could, for example, create an online contest asking social media followers to develop a new tagline or slogan for your brand, offering a Terrassa Ambassador Bonded Leather Portfolio as the prize.

“It’s the last free place there is, the sea.” – The Atlantic
When he wasn’t working on his own writing, Hemingway was known for spending a great deal of time on the open waters. He enjoyed fishing and relaxing on the waves – both experiences he frequently drew inspiration from when writing. After receiving the Nobel Prize in 1954, Hemingway invited one reporter from “The Atlantic” to join him in Cuba, where the men discussed writing, life and fishing. As Hemingway was talking with the interviewer, they had the opportunity to spend some time on the sea and marvel at the native animals that surrounded them.

Retreating to a serene location is paramount for some writers, as tranquility may be key for productivity. As your business encourages writers to seek out similar serenity as they write, be sure to offer promotional products that will help them on their journey. If they are equally enthralled by the sea, consider offering consumers the chance to win a Sweatshirt Promotional Blanket that can keep them warm during the cool evenings.

“Wine is one of the most civilized things in the world.” – Death in the Afternoon
At the end of a long day, Hemingway enjoyed sitting down with a nice glass of wine. The author emphasized that he never drank while he wrote, but he was known to have a few sips at the end of a long day. For your consumers who may enjoy a similar respite during the evening, provide them with the opportunity to win a set of elegant Da Vinci Infinito Red Wine Glasses, which are the perfect addition to the collection of any aspiring writer.

Items ideal for the last-minute traveler
Blast from the past: Decade-themed promotions for your small business