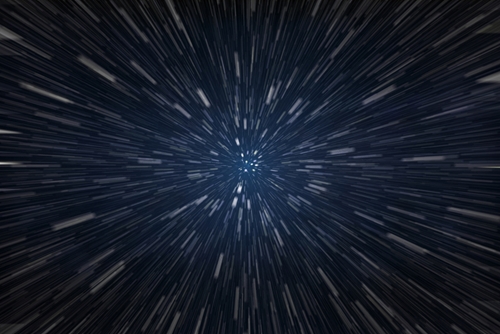 By Myron Promotional Products on May 2, 2014 in Employee Engagement, Special Events & Celebrations

May 4 is a special day for Star Wars fans everywhere. Though at first it seems as if there’s no connection between the two, it’s all in the verbalization. The holiday came about because “May the fourth be with you” is similar to the famous line, “May the force be with you”. May 25 marks the 37th anniversary of the release of “Star Wars: Episode IV – A New Hope” so it should really be a month-long celebration. With that in mind, consider hosting one of these Star Wars-themed events per week for the rest of the month.

1. Star Wars character impersonation contest
It’s okay to get silly every once in a while at work, especially for the sake of a holiday. Make an announcement for employees to start practicing because at the end of the week, there will be a competition for who can imitate a character from any of the Star Wars movies best. Whether they have the perfect Wookie trill to sound like Chewbacca or can channel all the wisdom of Yoda, encourage employees to give it a shot. Who knows, Joe from sales might make a very convincing and breathy Darth Vader. Organize a panel of judges or determine the winner based on a hand vote. Award the winner with a personalized coffee mug or sports bottle.

2. Have a Star Wars viewing party
Try to narrow down which Star Wars movie the office should watch, maybe by taking a quick survey, then gather everyone to take in George Lucas’ masterpiece together. Let employees know that they should be paying attention though, because there will be trivia after. Have the biggest Star Wars fans at the company draft up questions for a quick post-movie game. Depending on the size of the staff, it might make sense to divide up into teams for the showdown. Whoever wins should choose a promotional giveaway to remind them of that sweet, sweet victory.

3. Indulge in festive intergalactic food
There is no limit to how far one can stretch a play on words to make themed food. That being said, this is a chance to find out how creative employees can get. Motivate people to make a treat by offering promotional lunch bags to the top three chefs. Here are a few ideas to get the ball rolling.