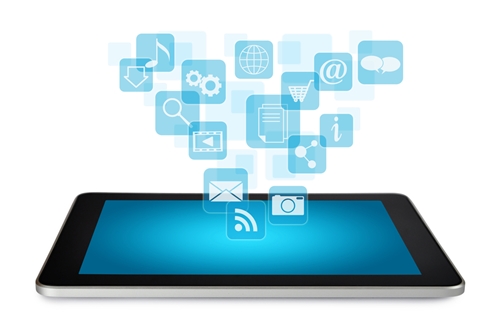 Social networks are integral for connecting companies to their consumers, whether they’re sharing the latest updates from their business or offering digital coupons to distribute promotional products. As more people adopt these social media sites in their every day activities, the formats change to meet the rising need of their users.

Companies can take advantage of the many apps, features and settings afforded by the websites, but learning how to navigate new updates is essential for gaining a comprehensive understanding of all that they have to offer. Some sites are constantly changing their formats, such as Facebook, so when they update their services, people can easily follow the new functions. Others, however, rarely change their operations, so when their pages change, users must re-familiarize themselves with the site.

Several of the most populated social media sites recently updated their features, including Facebook, Twitter and Vine. A few updates are small, but others have the potential to radically alter the way the sites interact with users and other networks as well.

Twitter unveils new format
Since its inception in 2006, Twitter’s format has remained relatively unchanged. The site has adopted a few changes to its format in the past few years, but none have drastically altered the news feed or profile pages. However, over the past few months, Twitter has unveiled several new design changes, including a more user-friendly navigation system and alterations to the home page. One of the biggest changes has yet to come – the company recently announced on its blog that it would be revamping users’ profile pages, moving away from the traditional Twitter format and more toward that of Facebook’s.

Instead of one picture in the center of the page, a tagline underneath and then a slew of tweets, profiles will now feature a profile picture in the top left corner, followers and pictures underneath, and a large background photo at the top of the page. While navigation will not change, users will be afforded several new options, including highlighting the most popular tweets, pinning others’ updates and sifting through those that only feature pictures and videos.

Companies can take advantage of the company’s new updates by using features to highlight promotional giveaways, link to other social media networks and communicate with consumers much more easily. Additionally, the large background photo can be tailored to a company’s operations, whether they want to feature an image that relates to current events in the business – such as a photograph of a new product – or one more illustrative of the company as a whole.

Facebook reveals bigger ads
The most popular social network, Facebook, is constantly evolving to better serve users. One of its newest updates, which was recently announced on the company’s business page, directly pertains to advertisers who wish to promote business on the site. Traditionally, a string of advertisements is featured on the right hand side of a user’s profile. These blurbs are small, yet large in number. However, moving forward, Facebook announced that the ads will grow bigger, but smaller in amount.

Facebook reported that although users will be exposed to fewer ads, they will be more likely to interact with the few, larger posts. The site indicated that in beta testing, users had a greater chance of clicking on the new ads as opposed to the older ones. This is due, in part, to the fact that the updated format resembles the ads typically featured on a person’s news feed, meaning that they look more like posts than business blurbs.

Companies can use these ads not only to reach a larger number of users on the site, but to send announcements that relate to their own updates or new product offerings.