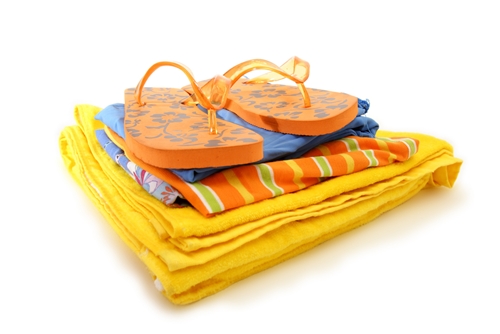 For the next two months, students and families from across the nation will celebrate to mark the beginning of springtime. These individuals will typically seek tropical locations, such as beaches and water-laden areas, to give them time to relax and bask in the warm sun, which has been sorely missed during this harsh winter.

As people gear up to embark on their spring break travels, companies have the chance to bolster their brand using promotional campaigns that specifically address this common vacation time. From handing out products that will best serve beachgoers to holding special deals on websites, there are many ways in which businesses can make this break work to their advantage.

Social media deals are key
Sites that connect companies and consumers are ideal for spreading industry news, whether stores are promoting newly released products or commenting on popular culture happenings from around the world. As customers know that these pages are key for communication, they frequently visit to find coupons and deals. According to the 2014 Valassis Shopper Marketing Report, a rising number of shoppers use their smartphones to check for deals prior to purchasing. The findings indicate that the number of people using their phones has increased by 24 percent, which includes shoppers seeking deals for products, services and stores.

Companies who have social media pages, such as Twitter or Facebook, can easily promote coupons and deals that pertain to spring break, including decreased prices for students or special discounts for families. By sending exclusive offers out, these businesses have a greater chance of developing customer loyalty and attracting new consumers.

Setting up booths at popular locations
Another popular tactic employed during this time of year is increasing brand recognition by setting up booths or tents in tourist areas, or sponsoring large concerts and events that take place during spring break. Beaches are popular destinations for younger travelers, including high school and college students. Companies who seek the patronage of these ages are best suited for these environments, especially if they can provide some sort of perk for visitors.

For example, some businesses have a history of setting up large exhibits on popular beach destinations, such as Destin or Panama City Beach. These large gatherings can take many forms, ranging from sectioned off areas that allow vacationers to try products offered by businesses, to elaborate beach parties hosted by certain companies that feature activities including dancing, volleyball and free food. Relevent, for example, hosted a large party in Destin in 2013 during spring break week, according to NWF Daily news. The marketing company featured a DJ and attracted hundreds of visitors to the area, promoting the company’s brand and potentially attracting a large customer base.

For companies who do not have the means to host such an elaborate party, they can still set up booths around beaches and traveler hotspots, handing out free items and providing useful gifts. For example, businesses could hand out promotional tote bags featuring a phrase – such as “Destin Spring Break 2014” – and a brand logo, ensuring that when these travelers return to their everyday lives, they will have an object they can put to good use that will be seen by many individuals.

Hold contests with items for spring
One final marketing option would be contests that distribute items pertaining to spring, such as clothing gift cards or beauty sets that would benefit spring break travelers. Strutta featured a number of contests currently being held for this time of year, from sweepstakes that only require a registration to complex contests that call for active participation. The more elaborate the contest, the more likely people are to not only become involved, but to spread the word among their friends.

Customized drinkware can reach many customers
Tips for attracting volunteers