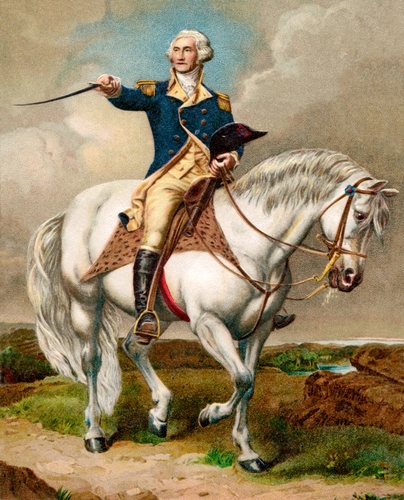 Presidents Day started out as a time to celebrate George Washington’s birthday. Since its inception, it has absorbed Abraham Lincoln’s birthday, and eventually became a general honoring of the office of the presidency, with many people paying tribute to famed founding fathers and other holders of the office that hailed from their states. It has also become a day of sales, one that’s found itself being compared to the likes of Black Friday and Cyber Monday. As such, it’s become a holiday with two meanings – one decidedly commercial, the other more patriotic.

Businesses that want to celebrate Presidents Day have a few different options, depending on whether they are more interested in implementing their own marketing strategies or honoring the original meaning of the holiday. Either way, businesses shouldn’t feel restricted to the simple, same old sales tactics employed by most organizations. By approaching Monday with a little creativity and ingenuity, companies can make Presidents Day fun for employees and more engaging for consumers.

The deal with discounts
According to The Christian Science Monitor, Presidents Day may just expand into a month’s worth of sales. Trends from the past two years suggest that 2014 will be another round of deep clearance discounts, with many businesses including coupons with their sales, knocking between 10 and 20 percent off of prices. However, according to the news source, each industry has its own approach to Presidents Day sales. In the world of shoes, for example, merchants often steer clear of massive clearance deals in favor of select item markdowns. Meanwhile, the world of electronics doesn’t seem to offer much in the way of huge discounts, save for laptops. The Christian Science Monitor reported big sales on portable computers last Black Friday, and anticipates another round of good deals come Presidents Day. Tools and home goods, too, are likely to have favorable deals for shoppers.

Establishing promotions
Businesses may want to follow suit with discounts of their own. However, not every company is willing or able to indulge in such deep clearance sales, or just wants to think outside the box when it comes to their own promotion. Given the prevalence of certain market trends, businesses can employ strategies that anticipate these great sales.

Promotional products can be an ingenious way to take part in Presidents Day deals. While a company may not be able to offer discounted laptops, they can give out related promotional items such as laptop bags or flash drives. For home goods and tools, durable personalized bags are a useful item that customers may appreciate. To add holiday flair, these items can even be adorned with American flag pins. These items can also be handed out as part of larger events that pay homage to the special day’s original intent.

Quiz games
Discounts and deals will have more engagement with a customer if businesses turn sales into a game. Customers that can answer trivia questions about presidents can earn a special deal, or if they use a special promotional code such as George Washington’s birthday,  they can make for a more interesting and engaging contest among clients.

In a similar vein, companies that want to celebrate President’s Day in-office can host a trivia game for workers, and whoever gets the most answers right at the end of the day receives some prize, whether it’s an extra vacation day or a coupon to a local restaurant. To make the event more lighthearted, the game can be a speed-round quiz game during a lunch break, for which people can sign up to participate.

Hosting a barbecue
Presidents day is a day of patriotism, so there’s no reason why businesses can treat it as a sort of July Fourth in February. Companies can host a barbecue cookout for clientele, wherein they can also pass out reading material on the business and promotional products. Contracting companies often already do this as a means of bringing other contractors and local builders together. The idea even carries some novelty being held in February.