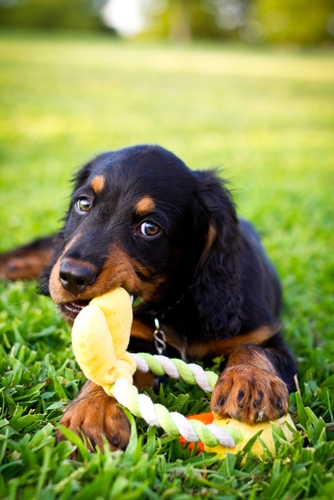 Businesses that support pet adoption or are in the animal care industry can use the month of October as marketing inspiration. October is Adopt a Shelter Dog Month and it’s the perfect time to incorporate a message about the benefits of pet adoption into regular branding practices. By distributing promotional marketing products throughout the month about the benefits of adopting a pet and shelter figures, a company can promote a cause it cares about.

Key pet shelter figures in the U.S.
According to the Humane Society of the United States, the number of pet owners has increased across the nation. From 1970 to 2010, the number of cats and dogs in homes has risen from 67 million to an estimated 164 million. In addition to the boost in the number of pets finding homes, there has also been a decline in animal euthanasia. In 1970 the number rested between 12 and 20 million and it dropped to between 3 and 4 million in 2010. Despite this, many animals still reside in shelters. It is estimated that about 2.7 million healthy shelter pets are not adopted each year and only 30 percent of pets in homes in the U.S. come from shelters and rescues.

A business seeking to place key dog adoption facts on promotional items may want to consider using one of these pieces of info from the Humane Society:

According to a poll conducted by the American Society for Prevention of Cruelty to Animals, people who adopt dogs from shelters are much more likely to be pleased with their experience than those who purchased a puppy from a pet store.

“The ASPCA’s research confirms that adoption really is the best option when it comes to adding a new dog to your home,” said Cori Menkin, Senior Director of the ASPCA Puppy Mills Campaign, according to the press release. “Most pet store puppies come from puppy mills, and we continue to urge those who are looking for a new companion to adopt a dog from a shelter instead of buying a puppy from a pet store. By doing so, you’re not only giving a shelter pup a new chance at life, but you’re also helping fight puppy mill cruelty. And once you do adopt be sure not to buy any of your new pets’ supplies at pet stores that sell puppies!”

Support adoption efforts with promotional marketing products
Businesses that are interested in informing the public about the benefits of adopting a dog from an animal shelter can use promotional items. The Alpha Promotional Pen is a high-quality product that  has a sleek design. Customers will enjoy receiving a new pen to use and will have a constant reminder of how adopting a dog is a worthwhile cause. Dogs are known for providing unconditional love and by placing a small puppy logo or friend reminder about Adopt a Shelter Dog Month a business can do its part for the cause.