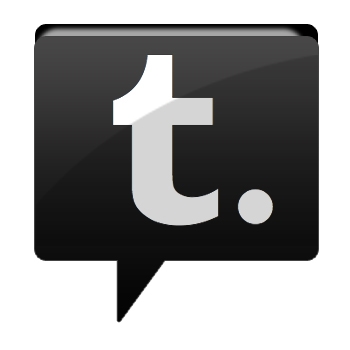 In the corporate world, it’s not uncommon for brands to have Facebook pages, Twitter handles and blogs, however, too many fail to realize the power of a Tumblr account. This micro-blogging social platform is growing in popularity and serves as both a blog and a social network because users are able to share images, video, audio and short pieces of writing in a free-form design.

Consider using Tumblr as a social media marketing tool
Tumblr has over 105 million blogs and 49 billion posts and is the 32nd most popular website in the world, reported Inc. Magazine About 120,000 new Tumblr blogs are created every day – driving the 18 billion page views recorded each month, according to Forbes.

“Tumblr isn’t a blog platform like WordPress; it’s a social network that has a blogging platform.” said Neil Patel, co-founder of the Web analytics firm KISSmetrics, reported Inc. Magazine “The beautiful thing about Tumblr is that it makes it really easy to share your content with millions of Tumblr users… so you can get a big audience without spending a ton of money on marketing.”

Despite being such a versatile tool that is used by millions, only 31 percent of the Interbrand Top 100 brands have created Tumblr accounts, according to a recent report by Simply Measured. Most of these accounts were active, however, just 21 of those companies posted during the 30-day period examined (July 5 to August 4, 2013). Marketing Profs reported that 13 percent of the Interbrand companies are posting to Tumblr three or more posts a week, while only six posted more than 10 times during a seven-day period.

Some of the confusion for most corporate brands may be the lack of guidance from Tumblr. Web Pro News spoke with a Tumblr staff member and confirmed that there is current standard of best practices issued for companies. Marketing experts agree that not every brand will work on Tumblr, but there is significant potential for success.

1) Link to other social media networks
By linking a Tumblr account to Facebook and Twitter it becomes easier to populate each of these social media networks with quality content. In addition, this allows a potential customer or fan to follow the brand on multiple platforms so that they are better able to stay connected. In addition to linking to social media networks, a business could also benefit from linking to the company’s online store where promotional marketing products are available. This allows a fan to announce his or her love of a brand and its merchandise or services by linking digitally on social media and purchasing physical reminders like promotional mugs to show friends, family and coworkers.

2) Use images
Unlike other blogging tools like WordPress, which rely mostly on text, Tumblr actively works on the sharing of images and videos. As a result, it is important that a corporation posts fun, interactive images of employees, products, events and industry trends to increase the vitality of the social media channel. For businesses that frequently attend trade shows, images of the booth, employees interacting with the crowds and the distribution of promotional products can boost traffic.

3) Have fun
Unlike some other digital marketing platforms, Tumblr has a very distinct style of novelty and entertainment. As a result, corporate brands looking to use the platform should understand that people are looking for fun, interesting content that captures the eye. There are other more serious platforms to use for long testimonials or product descriptions, use Tumblr for “fun” marketing materials.