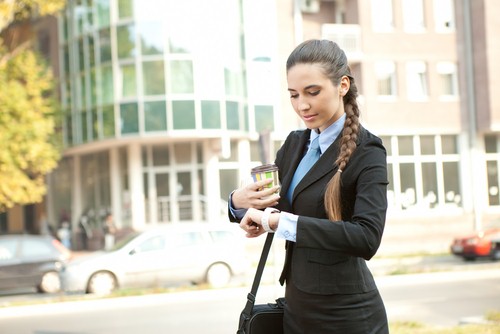 The gap between women and men in the workplace is closing. According the U.S. Small Business Association (SBA), there are 7.8 million female-owned businesses in the nation, with 88 percent listed as small businesses.

In the past, these owners had to overcome discrimination alongside the usual struggles of opening and operating an establishment. Debbie Benedit, a restaurant owner from Athens, Georgia, told Forbes that she “experienced a lot of sex discrimination with vendors and inspectors. It is very much a ‘man’s world’.’ Because of the sexism and difficulties businesswomen have faced, October is recognized as Women’s Small Business Month.

This time has been put aside for consumers to recognize female-owned establishments. Unfortunately, awareness for these businesses and their owners’ success and struggles is not as high as it could be. Promotional products and giveaways might increase visibility for these owners and the significance of their achievements.

Owners may want to indicate the month on promotional wall calendars. Consumers that were initially unaware of Women’s Small Business Month may be more likely to support a company if they know it’s meant to be recognized.

Notepads can be emblazoned with logos of female-owned establishments to create constant exposure among potential clientele. Unique promotional pens associating a company with the month may inform consumers which local businesses are owned by women.

Promotional event giveaways may help create traffic within an establishment while raising awareness for Women’s Small Business Month. Businesses could spread small promotions throughout the month so consumers are less likely to forget about a brand or why they are recognizing certain local companies.

Owners might want to give away gifts with a long shelf-life such as tote bags and magnets to ensure greater visibility.

October is also National Breast Cancer Awareness Month (NBCAM). This disease affects 1 in 8 women, according to the National Cancer Institute. Female business owners may want to consider using the month to not only recognize their peers, but also to raise awareness for one of their gender’s greatest health risks.

Small tokens of support for victims and their loved ones, such as promotional keychains modeled after a pink ribbon, could help raise the disease’s visibility and the need to search for a cure.

October represents two important issues in the female community – success in the business arena and breast cancer. Women who own an establishment are in a unique position to raise awareness for both.