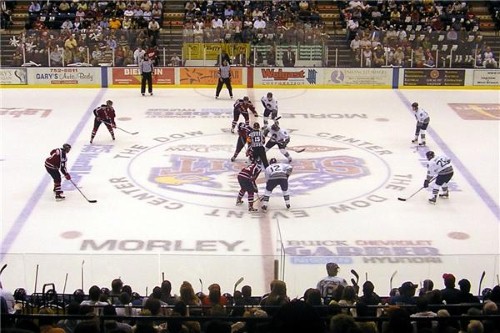 By Myron Promotional Products on May 7, 2012 in Business Solutions & Marketing Ideas

After a long and grueling NHL season, all but a few teams have been eliminated from the ice as conference finals are underway and teams battle for the coveted spot to compete for the Stanley Cup. Hockey is an intense sport that thrills and transfixes fans and onlookers as world renowned athletes glide, shoot, check and fight for infamy and recognition.

Small businesses should use the sport’s ability to entertain and enthrall in order to help peddle promo items that associate their brand name with the excitement on ice. A company could give out promotional pens that not only have the company logo, but also come with a picture of a hockey puck, stick or goalie mask.

Get customers to bet on which team will take home the trophy by asking them to fill out a bracket for the remainder of the tournament at tradeshow giveaways, strictly for bragging rights. Will it be the New Jersey Devils or the Philadelphia flyers, as they battle for dominance in the fifth game of the Eastern Conference semifinals? Perhaps the New York Rangers will triumph over the Washington Capitals as they go head to head in their own best-of-seven series. Either way, the anticipation is bound to captivate potential consumers.