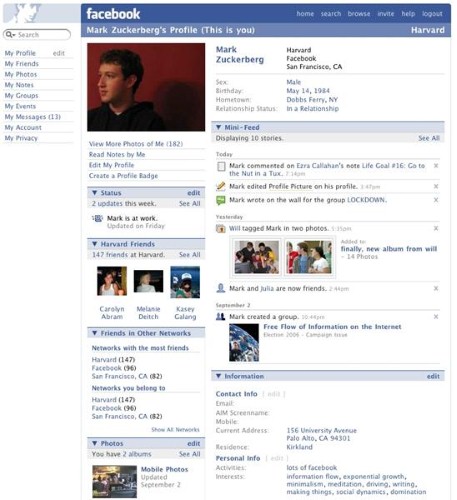 “Going viral” is a term used in information sharing that describes a story, blog post, video or any other kind of information that is spread very quickly in a short period of time. Using viral information is an effective way to gain widespread recognition, and if done properly can be of great benefit to small business marketing.

The first step to the process is for a business owner to decide what kind of information he wants to go viral. Information about the field he works in and why his company is well poised to be a leader may be harder to integrate into a viral hit than a commercial. Both have viral possibilities, but he’ll have to be more careful with the former type of information.

Videos are much easier to make into viral hits, as the most important part of the equation is entertainment value. Video is easy to share on the internet and takes little effort on the part of the viewer. It is important for creators to remember that not every video manages to go viral. Consequently, they should put effort into more than one. It’s also worth noting that viral videos can originate as something people really like or something they really dislike. Many viral hits are celebrations of the failure of the video rather than its success.

When making the video, it’s important to present a fun and interesting side of your business. Companies like Old Spice have seemingly mastered this approach. Many of the company’s recent commercials have gone on to be viral hits, transforming perception of the brand from the deodorant for grandparents to one for in touch with youth. The success is largely thanks to a combination of appealing to internet sensibilities and keeping them short and easy to share.

Creating a written post is much more difficult for viral sharing but may be more feasible for small business marketing. One thing for business owners to avoid in this situation is too much promotion. Internet users are members a savvy demographic, and they’ll likely be unwilling to share information if it comes off as a promotion. The trick is to make the information it contains both useful and entertaining. A company trying to make a viral news story may want to consider first looking at what information is already out there about the industry or product. The next step is to present new information and make it as newsworthy as possible.

Once the creator has the information, it is time to consider the structure. Keeping the post digestible is the most important part of the equation. There is an infinite number of areas of entertainment that those reading a post have as options, and by simply covering page after page with text, the post will be off-putting and ignored. Lists are good for conveying the same amount of information while making it seem easier to read.

Making sure to have an attention grabbing title is important as well. One of the big steps in something gaining the widespread attention it wants is that people are willing to click on the post. While there are likely going to be a few people willing to read and share anything they come across, the next wave of readers who see the link on friends’ social media pages have to be interested enough to click.

There are many ways to make a post go viral, but for the business owner looking to promote his company, it can be difficult to find the right angle. It’s a complicated process, and continuing to try is an important part of that process. All it takes is one viral hit, and a small business’s visibility will grow incredibly.