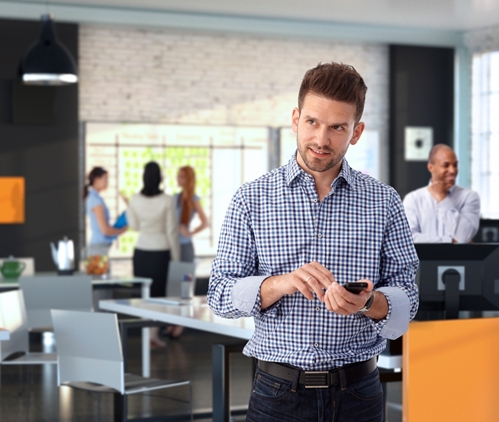 Owning and operating a small business is like becoming a parent. Though you might only be in the office from 9 to 5, most small-business owners are constantly thinking about how they can overcome a pressing financial challenge or when they should order their stock of promotional products for the year. In fact, the stresses of managing your own company drives many would-be entrepreneurs away from trying new business ideas out in the first place.

Combine all the stress of being a small-business owner with the economic downturn of 2008 and you'd be justified in thinking that most in the field aren't exactly bursting with confidence over their futures. However, according to a survey recently released by Gallup and Wells Fargo, small-business owners in the U.S. are as optimistic about the future as they were before the economic collapse seven years ago.

Examining the data
Though different parts of the country have recovered from the financial collapse of the late 2000s at separate rates, the Gallup survey indicates that the recovery might be more widespread than first thought. For four days in early January, Gallup staffers contacted 605 small-business owners from around the country to collect their opinions on the future of their companies.

The researchers found that the total Small Business Index, a metric used to represent an overall state of the U.S. small-business industry, rose from its low-water mark of -30 in late-2010 to +71 as of January 2015. This figure represents the highest the SBI has climbed since reaching +83 in mid-2008.

"This is the highest the SBI has climbed since mid-2008."

Small-business owners also appear more confident about the situations that their organizations currently find themselves in. The national average for present conditions for small businesses rose seven points from the end of last quarter to sit at +28.

"The small business sector, which is estimated to account for about half of the country's overall [gross domestic product], added to upbeat employment data in painting a bullish picture of the economy even as dark clouds settle over the global economy," Dunkelberg said.

Maintaining momentum
With less financial margin for error, small business need to capture and maintain this business momentum to be able to withstand unforeseen troubles ahead. A 2012 study from DePaul University found that small businesses were hit particularly hard during the 2008 recession because banks became less willing to hand out loans to entrepreneurs.

If another recession appears on the horizon, it may help to look at the long-term impact of your advertising initiatives. While promotional products may have fallen in terms of popularity, their impact on consumers is as strong as ever. A report from Promotional Products Association International indicated that 70 percent of consumers can recall at least one promotional product they received over the last 12 months, and 88 percent of these shoppers accurately identified the brand.

On other other hand, only 71 percent of customers managed to correctly name the brand of a newspaper or magazine ad they had read only a week before.