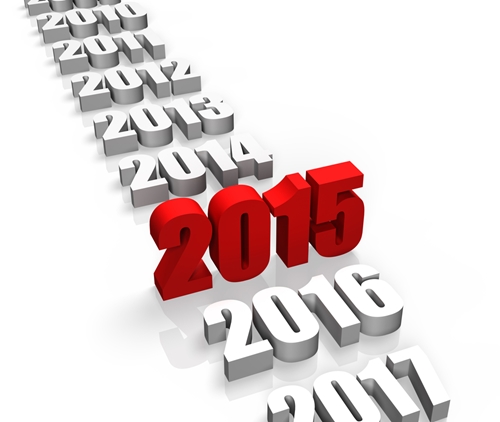 As a small-business owner, you know that the success you enjoy today is the result of months or even years of preparation. Everything from business plans, budgets and item ordering needs to happen well in advance of your target date if you’re really looking to move some product. if you were a little behind the eight ball in 2014, the upcoming New Year could give you and your small business a fresh start.

According to a survey conducted by CAN Capital, 58 percent of small-business owners believed that their brands will grow in the new year. But taking advantage of this growth potential requires forethought and a proactive strategy. Don’t just start taking stabs in the dark – check out these four small-business trends that could change everything in 2015.

1. Mobile payments
As cash-only transactions become rarer, a new form of digital credit has taken it’s place – mobile payments. Smartphone apps that link to credit cards or bank accounts let people scan their phones for a cash-free purchase. To be fair, this technology has been around for a while, but Business Insider explained that the October, 2014 release of Apple Pay may be the final push mobile payments need to mature into a fully formed and universally accepted way for customers to spend their money.

2. Tighter budgets
While 2015 is a year for potential growth, that doesn’t mean there won’t be a good blend of financial instability thrown into the mix.

Williams explained that while some small businesses may see tighter budgets as a call for decreased spending, it might be in their best interest to instead spend more efficiently. Is that email marketing strategy really justifying the money you spent on it? Could promotional giveaways like Myron’s 2015 Healthy Lifestyles Custom Wall Calendar do the same job for less money?

3. Social responsibility
There was once a time when customers only cared about the products they bought, but modern consumers take a more holistic approach to the way they spend their hard-earned dollars. Now, shoppers want to know that their money is going toward companies that reflect the same goals and values they hold themselves.

A recent survey conducted by marketing firm Lab42 indicated that 84 percent of consumers would be willing to pay more for a product that comes from a company that demonstrated continued social responsibility.

“I think that in this era of social media, a company that is solely a bottom-line entity will lose good employees, good customers and goodwill,” Phil Holcomb, co-founder of Seattle-based Extraordinary Learning told Staples.

4. Crowdfunding
The field of crowdfunding has exploded in recent years with sites like Kickstarter and GoFundMe, but unlike previous years where regular people were asking for donations, 2015 may be the year that small businesses start to get in on the trend as well.

While your customers almost certainly won’t appreciate you soliciting donations for upgrades to your store, starting a crowdfunding project for a new park near your store might be a great opportunity to showcase your business’ commitment to the community, too.

However you choose to stay on top of your competition in 2015, just make sure you start your preparations early. If you have a trade show coming up, failing to order enough custom promotional products is a tough way to start the new year.