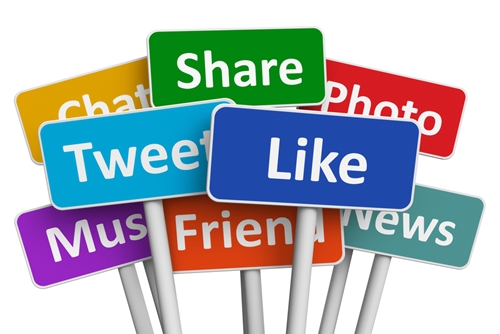 Spreading awareness for business promotional items on social media allows companies to reach an array of potential consumers, whether they’re virtually sending coupons on Facebook or posting savings opportunities on Twitter. Each social networking platform offers various benefits specific to the site, and while the most popular ones remain Facebook and Twitter, one site has emerged as capable of changing the way companies market toward specific groups of consumers.

Pinterest, an online resource that allows users to catalog their favorite pictures, website and links on one comprehensive profile, has gained in popularity since its launch in 2010. According to the Pew Research Internet Project, 21 percent of online adults used Pinterest in 2013, up from 15 percent in 2012. When users log into the site, they are greeted by colorful pictures, or pins, that represent different corners of the Internet. Companies have the chance to take advantage of this site by creating pins that cater toward their brand, whether they’re coupons for promo giveaways or artistic renderings of products they offer.

Best platform to promote fashion, decor
Pinterest reaches a largely female audience, according to an infographic compiled by Leverage and featured in Business 2 Community. The source reported that 68 percent of the site’s users are female, while only 32 percent are male. Additionally, the greatest presence among pinned items fall within the categories of home decor, babies, weddings, recipes and fashion. Businesses that want to market within these areas, such as those that wish to give away laptop bags, personalized mugs or shopping totes, may experience the greatest success on this site. Since the site boasts around 70 million active users, items promoted on this page have the potential to reach a large number of people all around the globe. Things that are pinned can be quickly and easily shared, meaning that businesses looking to spread awareness are likely to experience swift success.

New technology may let companies track effectiveness
Small Business Trends recently highlighted a new tracking software, Discover, that would permit companies to judge exactly how effective the site has been in spreading brand images throughout the Internet. The company that created the program, Tailwind, explained on their website that the analytical technology can compile conversations occurring about a company that are distinguished by hashtags, monitor company and competitor campaigns to see how other businesses are faring, compile the most popular pins relevant to the industry and list posters who are most powerful within an area. In a company press release, Danny Maloney, CEO and co-founder of Tailwind, described how important tracking user information is for a company to understand its effectiveness.

“In a visual world, real insights come from understanding the complete context of an image – including accompanying text, as well as image analysis and factors such as where the content originated,” Maloney said in the release. “Tailwind provides such insights, helping marketers engage customers in meaningful ways that drive awareness, purchase intent and brand loyalty.”

Companies using Pinterest to discover consumer trends
One business that has already seen success in implementing Pinterest within its operations is Nordstrom, which, according to Business Insider, has close to 4.5 million followers. By releasing pictures and fashion trends on its different boards, the company has been able to identify which items are most popular with its target market. The source notes that Nordstrom has begun to mark frequently liked and shared clothing and beauty items with a small red flag, indicating to shoppers that products have been both featured on the website and proven to be highly shared on the Internet. Bryan Galipeau, the company’s social media manager, told the source that communication between consumers and companies has become easier with the site.

“The customer is voting with their pins to tell us what they think is hot – and we’re listening closely,” Galipeau said. “It’s always really exciting to see what they pin.”

Academy Awards give more than statues
Direct marketing is not dead