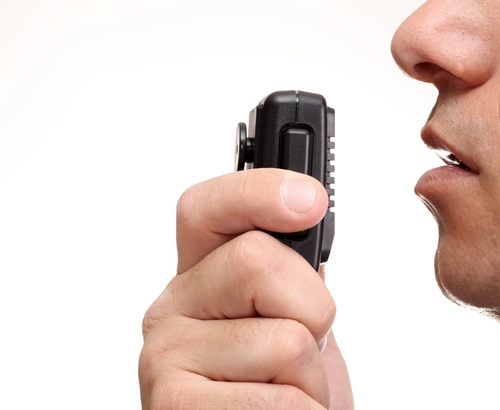 Business today is conducted on an unprecedented global scale. A company in the U.S. may have a subsidiary organization in France, a manufacturing operation in Mexico and a strong customer base in China. For this reason alone, companies may want to consider celebrating International Mother Language day.

Another motive is the fact that the U.S. – a centuries-old melting pot for immigrants the world over – boasts a long history of multiculturalism . There are dozens of languages spoken in households, businesses and schools across the U.S. Now may be a better time than ever to embrace that fact through a celebration of employees’ and consumers’ mother tongues. Such recognition can be done in the office through engaging activities or among customers with promotional products. No matter how it’s done, the effort toward broadening businesses’ cultural horizons is a smart move understandable in any language.

The value of citizenship
International Mother Language Day was officially announced by the United Nations Educational, Scientific and Cultural Organization in part to promote a multilingual education as a key to global citizenship. According to the organization, the ability to understand multiple languages could have a significant positive impact on the lives of people all over the world.

“Education for Global Citizenship aims to enable learners to play an active role in both the local and global levels to address global challenges and, ultimately, contribute proactively in creating a more just, peaceful, tolerant, inclusive, secure and sustainable world,” the organization stated on its website.

Greater understanding of foreign languages could be the bridge between cultures that helps in achieving those goals. This year’s International Mother Language Day is focused specifically on the relation between local languages and science. As many companies can already attest, knowing new languages can pave relations between businesses and help organizations communicate more effectively with employees.

Celebrating languages at the office
Harmony among staff is one of those highly sought business goals, with plenty of organizations going to great lengths to foster bonding among employees. While an office party might be a nice gesture, the celebration of multilingualism may serve as an educational tool as well as a means of encouragement. If, for example, a company conducts business with an international partner, management could put a spotlight on the foreign country’s native language with a brief overview of common phrases and interesting facts about it.

Employees may also be encouraged to start a pen pal relationship with someone from the sister company. Similarly, should employees speak multiple languages they could share their knowledge, whether via a quick e-mail about the language and associated culture or through a quick presentation before a company meeting.

Finally, it may also be fun to circulate this season-appropriate article about the language of snow, which highlights the Sami people, who have hundreds of words for snow, ice and reindeer.

Promotional products on language day
The recognized event could be extended to companies’ customer base through promo items. Pocket language dictionaries or planners with phrases penned in can serve as fun and engaging tools for clients. If a business has a specific international relation, such as with Spanish- or French-speaking clients, it can highlight that specific language for a day with accompanying materials.

One particularly apt promotional product could be a pocket multilingual translator. In addition to lists of common phrases, these devices can store hundreds of words in nearly a dozen languages. It makes for a smart and handy device for business travelers or people who plan on going vacation internationally. As such, it could be just as valid a gift for travel companies as it would for organizations that deal with a number of foreign businesses.

Show love for your pet: Enter our photo contest
How to have great customer service