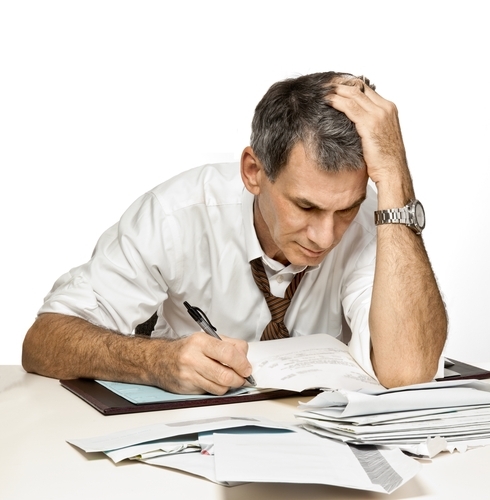 The first Sunday of February 2014 was a historic crossroads between the status quo and change. Peyton Manning and the Denver Broncos endured a crushing defeat at the hands of Peter Carroll and his Seattle Seahawks. For the Seahawks, that’s a sign that they may want to keep doing what they’re doing. The Broncos meanwhile, may want to plan new strategies for next season. While people generally make their resolutions in the heady days leading up to Jan. 1, it seems that the wake of Feb. 2 – with all the day’s fateful moments deciding between change and business as usual – is truly the best day for people to assess goals, reevaluate and develop new plans for 2014.

Companies, too, may want to take the following weeks to take stock of their past successes, the viability of their future plans and determine whether they should stay on course or implement and overhaul of their strategies, of which promotional products can play some role.

When to overhaul
The first step to fixing the problem with a business plan is to recognize when there is a problem. While that seems like it would be relatively easy to do, the truth is that faults in a strategy may not immediately reveal themselves as actually being detrimental, or only show to be a problem when looking at it in the long term. Some issues aren’t even quantifiable, making it all the more difficult to spot them as needing to be addressed.

To put it in the simplest terms possible, the “For Dummies” series has listed 10 signs that indicate a business plan is in need of serious change. Some of the omens are self-evident, including the inverse relationship between rising cost and falling revenue, a drop in sales, unmet financial projections, and a lag in schedule. Other signs aren’t immediately recognizable, including a loss in employee morale, the arrival of new competitors or the introduction of technology that could have a direct effect on your business. Still others seem downright positive until more closely analyzed. Fast growth, for example, can seem like a boon, but only if you’re in control of it. Also, a 180-degree shift in business strategy appears like a solution to problems, but it’s often a Hail Mary that can fall woefully flat.

The technology paradigm
Based on this list, most companies should be able to determine whether their business strategies require some due consideration. In fact, one of those signs is so far-reaching that businesses in almost every sector probably should give some thought to revamping their plans for the new year. The latest developments in technology have turned cloud computing from pipe dream into glimmering reality, and social media has put the pressure on organizations to embrace the world of casual online branding and customer interaction. Inc. Magazine went so far as to recently cite four big reasons why businesses need to overhaul their social media marketing. That list included the importance of search engine ranking, the value of online simplicity and the ability of small businesses to become big players through better managed digital marketing and social media campaigns.

The tenets of such successful campaigns can be easily debated, but the Miami Herald recently looked into the brand-building of small businesses. One of the key tactics is apparently to start conversations with customers, which leads to a relationship. In other words, interaction is important. Engagement can be enhanced not just through retweets and pins, but also contests, rewards and limited promotions, including the award of promotional items.