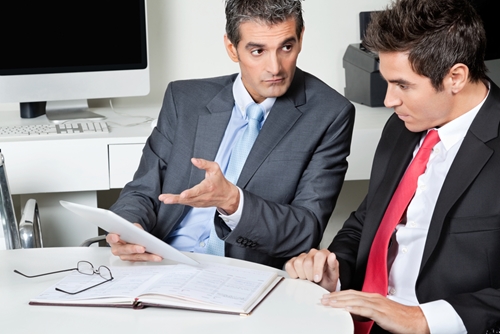 Performance reviews are often a common component of business’ yearly operations. It’s supposedly a time for companies to get a handle on what their employees do on a daily basis, assess their successes and shortcomings and refocus the business to make employees; work more effective. Yet, in practice, it could be a business form of public flogging that may make staff feel undervalued and mislead employers in terms of the true value of their subordinates and peers.

The issue of what could make performance reviews an unpleasant experience can have a number of answers. Another question that gets asked probably less frequently, or at least in tandem with the completion of a performance review, is whether they’re worth having. To start with the latter, the answer is no. A better system might just involve business gifts.

The problems with reviewing
The idea behind performance reviews may be sound, but they have the potential to fall short of their objective. Forbes found at least 10 ways in which performance reviews fail to live up to the concept. The first two problems on the list have to do with performance reviews that are unfocused. Sometimes bosses can be vague in their assessment of an employee, asking questions that don’t really get at the heart of a person’s performance and role in the company.

Another problem is a lack of assertiveness in terms of informing employees during or after performance reviews of the areas in which they could improve. This is a form of vagary that can lead to misunderstanding and even problems if performance issues aren’t addressed . Not only is it unproductive for the business, it is unfair to staff that would otherwise happily make adjustments to their performance to better suit the organization’s needs.

This kind of short-sightedness on employers’ parts is actually a common theme for the rest of the list as well. A lack of preparation can make for a disorganized review. An inability to recognize an staff members’ merits can create a hostile work environment. A failure to properly communicate one’s thoughts undermines an opportunity to use reviews as a tool for improvement. In short, unless a firm is fully dedicated to the task at hand then it seems that performance assessments are often likely to prove an inadequate tool in business’ company kit.

Fix by forgetting
A standard approach to most business problems are to tweak, adjust and otherwise refine systems that are in place. However, in the realm of reviews, the answer may involve a major overhaul. Inc. Magazine culled just a few voices and statistics that have harked to the systemic failure of reviews, from management consultant Aubrey Daniels to UCLA Anderson School of Management professor Samuel Culbert, to a study by the Society for Human Resource Management that apparently demonstrated that none of 10 performance reviews were unsuccessful.

The fix, according to Inc. Magazine, may be found in the crowd-sourced rewards programs of software and gaming companies such as Shopify and IGN, respectively.

In those programs, employees are given tokens at some interval throughout the year, which they can then anonymously give to their colleagues for excellent work. At the end of the year, bonuses are rewarded and high, low and average tokens are published. By using this method, managers have the ability to see how coworkers value others’ productivity as well as their work ethic.

Companies may tailor the token system to involve other kinds of rewards as well, including executive gifts. In addition to the allocation of bonuses, these smaller rewards may be distributed every month or bimonthly. While a bonus may be motivation enough, this can help keep workers’ eyes on the prize and even boost morale.