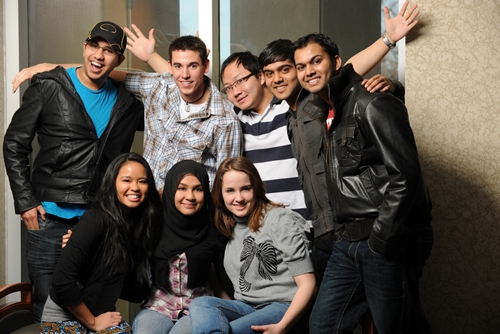 Promotional giveaways are a staple of the Ohio State University’s annual Buck-i-Frenzy, and they were a massive hit with students at this year’s event. The Lantern recently reported that the gathering brought over 20,000 students to the Recreation and Physical Activity Center, where dozens of businesses were offering samples, small gifts and free food. Maureen Flanagan, a first-year Spanish student, told the news source that the Buck-i-Frenzy is a great way for students to find new companies.

“There is lots to see and lots to do, it’s a good way to find out about different merchants and companies around campus,” Flanagan said.

OSU Student Life spokeswoman Kellie Uhrig explained that the event was conceived to encourage businesses to create an active presence during the first week of school. This year’s frenzy attracted local companies as well as national chains, including Old Navy, Victoria’s Secret and Bath & Body Works.

Many standard advertisements were given away during the event. Restaurants mostly handed out free samples and food to attendees, while other businesses distributed promotional pens, cups and tote bags.

The promotional marketing products were considered the main attraction at the Buck-i-Frenzy even though national touring act Walk the Moon performed there.