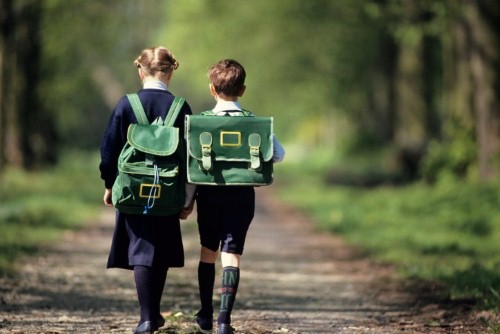 By Myron Promotional Products on July 26, 2012 in Education

The summer shopping season is only just heating up now that July is coming to a close. Barbecues are still firing up, pools are making a splash and deals are beginning to roll out not just for fun in the sun, but also tools for school.

It may yet be that another month of summer vacation awaits, but there are some who go back to the classroom in August. It’s also a great time for promotional pens to pull people in for early deals on notebooks, backpacks and other crucial school supplies that retail industry insiders say will be a boon to business revenue this season. Encouraging more foot traffic with freebies can only help to increase that profit margin.

At the same time, companies should be mindful that these tools must be targeted toward what consumers want right now. Promotional barbecue sets may be popular through the end of the summer, but once school buses start rolling out, these promotional products will be packed away with the rest of the summer items. Getting maximum brand visibility right now should be the focus of marketing efforts, and that means promotional notepads for back-to-school shoppers, as well as other practical items that will be useful throughout the school year.

Where the shoppers are

Knowing the target audience is the first step in coming up with the right promotional giveaway strategy. Once you know who the primary shoppers are, it’s easier to come up with the most appealing options for that segment of the consumer marketplace, bringing in more customers through word-of-mouth and the power of free products.

CNBC reported that the majority of clientele most back-to-school businesses will be seeing this summer are women. A market forecast by IBM Global Business Services said that this demographic would be spending about 10 percent more this season on clothing and other goods than in previous quarters, meaning companies should be looking to moms as the number one segment to focus on. Promotional tote bags are particularly popular with women and pack a visibility punch, offering portable advertising whenever and wherever the item is carried.

Jill Puleri of IBM told CNBC that the best thing for retailers this season is to really hone in on the people coming into their stores already and study their lifestyle and shopping habits.

“Don’t send me a promotion for youth apparel when I don’t have young kids in the house,” she said to CNBC.

Where the money is

The school retail season is one of the biggest of the entire year, so it’s important that companies get it right. The National Retail Federation (NRF) reported that the industry is in itself the second-largest, falling shy of Christmas but beating any other season in terms of dollars spent and profits earned.

With IBM already forecasting a better shopping season than in the past year, major outlets are already gearing up their promotional item strategies to encourage more shoppers. Even big brands like Walmart and Target have been offering special incentives for consumers to shop more and spend more. It may be that a rocky economy in past years has shaken businesses, even international staples like these, making them wary that improvements won’t last.

“If there’s money out there to be had, they feel like they need to get it now in case months from now people aren’t feeling so fabulous.” said Wendy Liebmann of WSL Strategic Retail in a USA Today interview. She and other organizations are trying to push promotional giveaways and other strategies to businesses to help them plan for profits now without fearing the future.